Get fresh music recommendations delivered to your inbox every Friday.
We've updated our Terms of Use. You can review the changes here.

by The Creeping Man 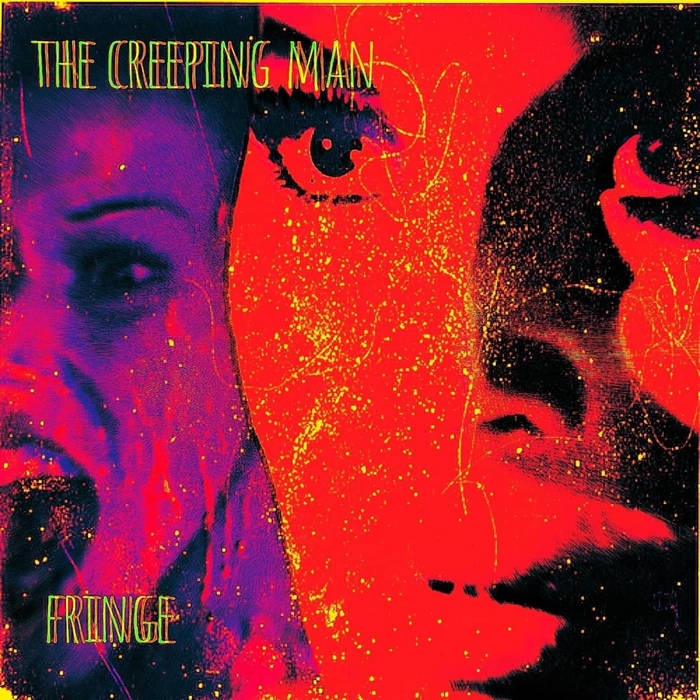 Fringe stems from my curiosity of B-movies/grindhouse/sexploitation films of the 60's and 70's. Archive.org has so many wonderfully bad films in the public domain to sample from. For this Creeping Man release, I selected to disembowel the audio from Lady Frankenstein & Werewolf in a Girls' Dorm because both are silly films, rife for dissection, and the audio quality was fairly decent.

I downloaded these films' wav files into Audacity, cleaned up some background noise, threw random moments of dialogue and orchestration into the effect blender, then sampled bits and pieces into my Digitakt and SP-404sx for a congealed soundart stew.

Side A, Lady Frankenstein, is routed through a Line 6 Stompbox for reverb. I used the Eventide Space reverb for Side B, Werewolf in a Girls' Dormitory.

The original plan was to record a live DAWless album from my hardware direct to cassette. This proved to be an unmitigated failure, as I had difficulty maintaining proper levels. The VU meters pegged far too often so I abandoned the idea. But I still wanted to capture a live recording without overdubs, so...

...I recorded a performance live into my Tascam Portastudio. After recording, I fiddled around with e.q. and normalizing. It is from this master I recorded the cassettes. Tapes can be purchased, or you can simply listen and download, as always, for free.